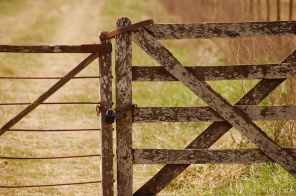 Is this thing on?

I have not written in quite a while. Yesterday, I was online (shocker, I know.)  On FB, I commented on a few posts, with no replies. My ego was a little hurt, but I then told myself not everyone is paying attention to you and you don’t always hit ‘like’ on every comment on your posts, and I moved on with my day.  Later yesterday,  a woman was bemoaning (very energetically and with a lot of anger showing in her writing) the problem of not being taken seriously because of her very youthful appearance. A few of us commiserated. The woman and I ended up in a side thread, where I replied that no one is worthless, one should try to please herself rather than others, and finally, I suggested looking at LOA and I offered her a spirit guide reading.

She PM’d me, and further presented her case. My guides were pretty quick with a reply “Why do you care so much what others think of  you?” And I laughed a little to myself because obviously that was a dig at my ego this morning. The woman’s reply was very angrily directed at my guides wanting to know why the Jack Ashes of the world keep being put in her path. Here is what the guides had to say:

Since she deleted our online thread, which was okay with me because it was a lot of venting (I’ve so been there myself) I felt that she was not ready to hear any advice I could offer. And I found humor in that, because it was a trait that she was upset with in others. It also taught me that I can’t force my positive energy on anyone else. Since I did not want to lower my vibration to be with her in her space, I disengaged from the conversation and wished her peace, and told myself she would come up to my vibration when she’s ready.  I also braced myself for a possible angry reply.

This morning, her reply was a thank you for offering the free reading and acting out of kindness, not selling her anything.  I was so moved by this big shift in her energy! How wonderful! It was win-win, because the universe was showing me that simply holding space for someone- that they find peace, is sometimes enough.